Significant cost reductions can be obtained by investigating many kinds of offshore/subsea operations on a dynamic simulator before putting out to sea and perhaps learning the hard way. Even small modifications can lead to large savings.

MOpS is one example of simulators for dynamic behavior analysis that Dynamica has designed. This particular one is used to interactively explore systems of tethers and interconnected solid objects that are deployed in/at sea. Examples of such are fishing gear, mooring systems etc.

The vessel has a speed of 4.5 knots and the towed system is pulled out to starboard by means of a deflector with a given lift/drag ratio. The user can now investigate the resulting geometry and occurring forces via the three projections, and instantly observe the effects of parameter changes. The following effects are modeled:

The simulation works by solving the classical non-linear hydrodynamic differential equations in time space by means of efficient numerical methods. The programming language is C++.

Here is a more elaborate case that demonstrates the ability to handle heavy computations. This system will typically converge after 10-30 seconds on a typical PC. 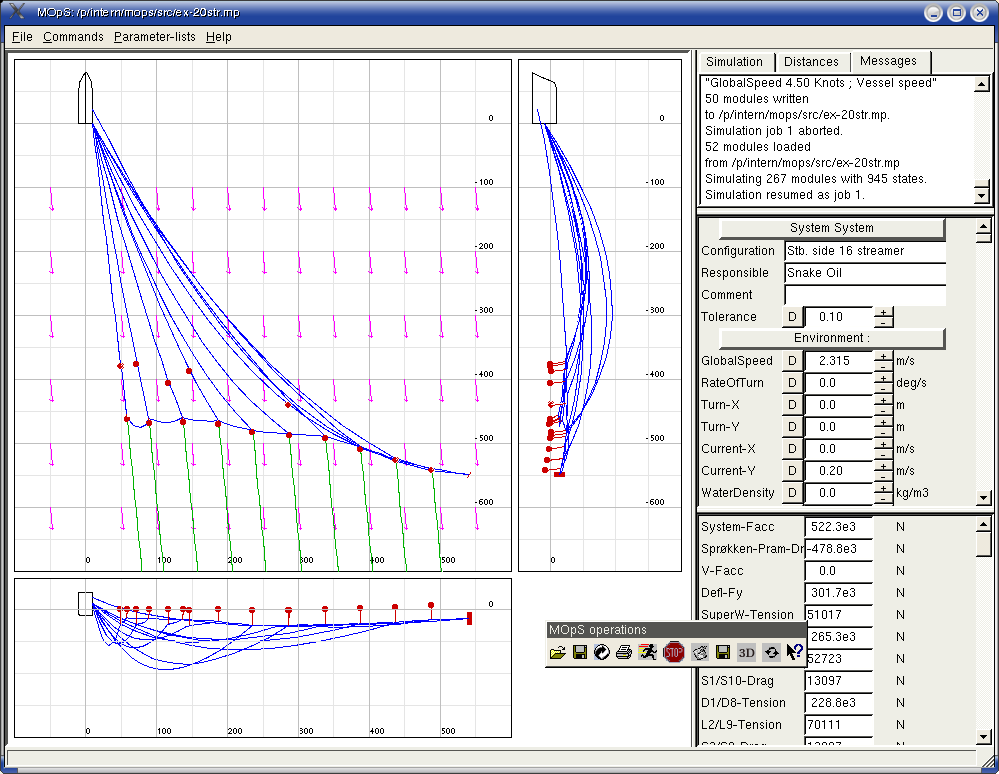 MOpS supports multiple horizontally separated current-layers. In this example a total of three: northerly at the bottom, then westward and easterly at the surface. MOpS computes the tether tension, and gives an estimate on where our “vessel” will end up as a result of various combinations of current layers, rope diameters etc. The same principle could also be used to simulate the lowering of a payload down to the seafloor. 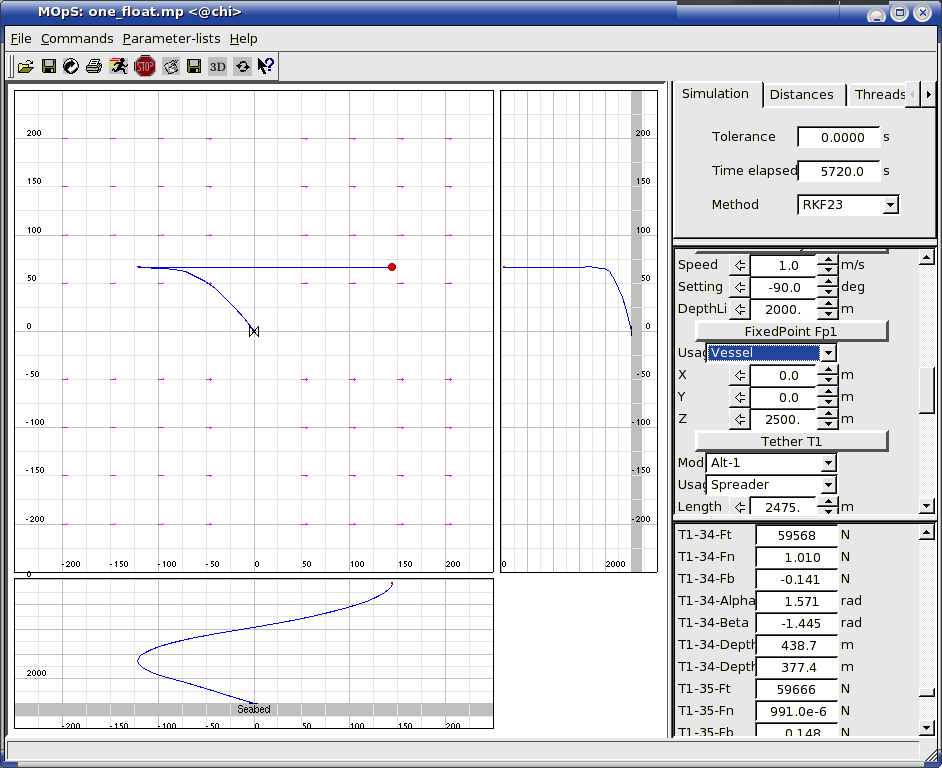 Here is a mooring example. A simple bouyancy element is held in place by four tethers that are fixed to the bottom. One can easily determine the various forces, and to what extent the moored object and tethers will react upon current changes. 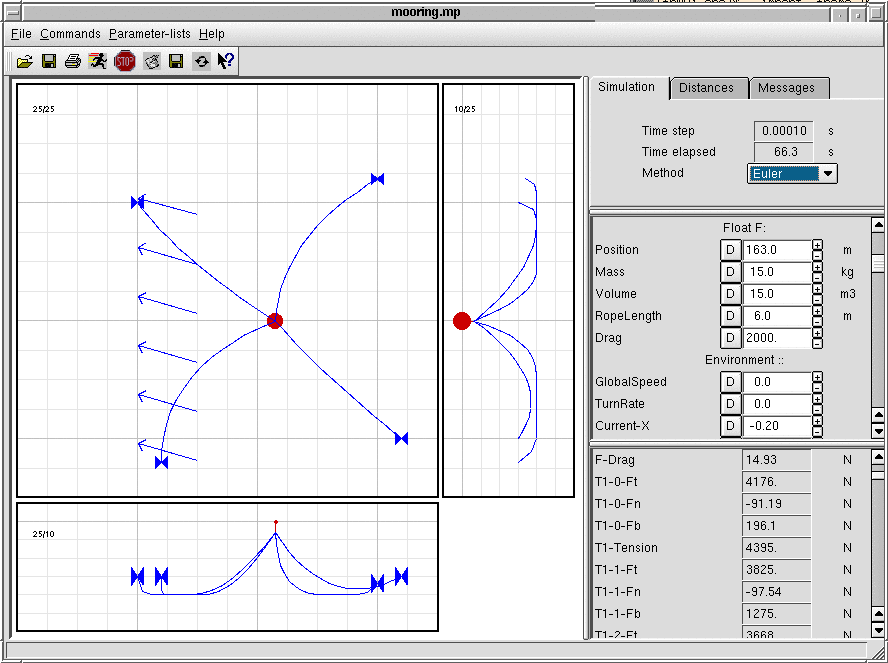 Some versions also include 3D visualization capabilities. This can be useful when it comes to studying the curvature of long tethers in a complex current regime for instance.

Finally a system consisting of an array of identic floats that are placed in an imaginary vortex. 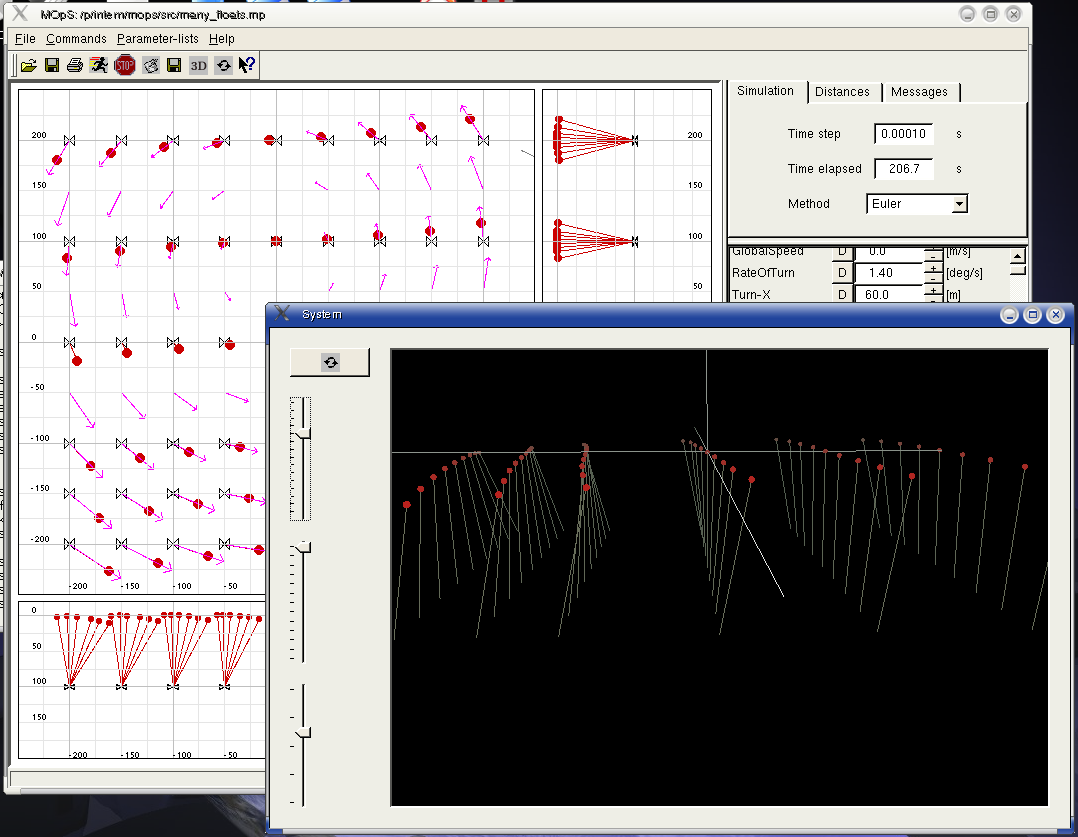