Here is a selection of Dynamicas skills and associated completed projects:

We have contributed in the development of several systems for stabilization or damping of wave induced motion in marine vessels, autopilots, systems for dynamic positioning, motion planning and control. Other examples are design of instrumentation and estimation systems for the measurements of motion and position. Applications cover a broad spectrum of vessels from high-speed hydrofoil boats and slower underwater vehicles to buoys for estimation of the wave spectrum.

Significant cost reductions can be obtained by investigating many kinds of offshore operations on a simulator before putting out to sea and learning the hard way. Even small modifications can lead to large savings.

for lifting machinery on board ships and floating platforms is becoming more and more important as profit margins drop and the constraints on production under difficult weather conditions increase. Because of the enormous amount of energy conversion involved, combined with demands on precision, the control of the hydraulic and electrical machinery, and the measurement and estimation of motion are paramount requirements.Heave compensation

Dynamica can draw on experiences from several fields in offshore production. We have simulated the drilling process and designed remotely controlled hydraulic valve systems, algorithms for leakage detection in pipes, and control systems in compressors and gas processes.

We have been involved in simulating hydro power production and electrical networks in addition to designing optimal predictive control of water courses and tributaries based on reservoir states and precipitation prognosis.

It is very difficult to measure vital variables in and around melting furnaces. New principles of measurement and estimators for these variables are of interest in this industry. We have carried out several projects in modeling, control and simulation of industrial furnace processes. We are engaged in working with distributed network solutions for data acquisition from industrial furnaces spread throughout Norway and other countries. 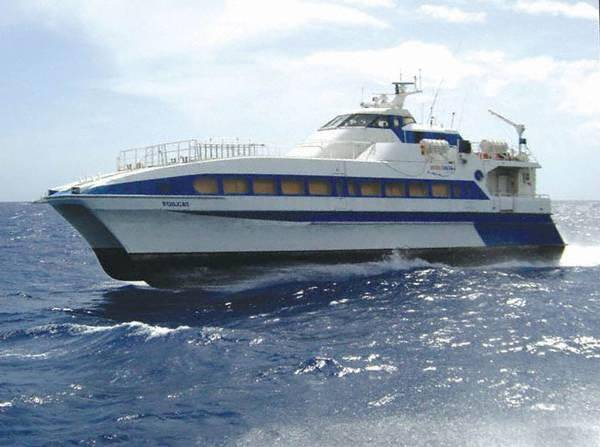 Worth mentioning is also a control- and stabilization system for a unique high speed unstable foil-born catamaran, Foilcat 2900, that was completed as far back as in 1992.

The project consisted of an integrated sensor system with a complete error detection and error handling system for all sensors and actuators and a dynamic simulator system with error-effect analysis and graphical animation.

The vessel had a maximum speed in exess of 50 knots with the hull elevated 2.3m. In this state, the vessel was inherently unstable and could only be operated with assistance from a computerized control system that prevented it from capsizing – a “fly-by-wire” system. The main actuators, hydraulic flaps on each of the submerged foils, counted 5 in total.

The result was a vessel that could maintain a significantly higher speed than comparable ones, i.e. vessels with same size, comfort level and fuel consumption.

Alas, the vessel was no commercial success due to its limited payload and excessive maintenance costs.